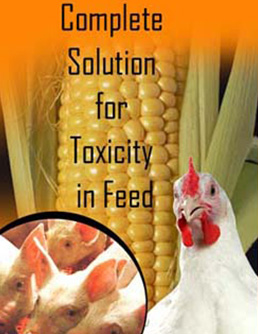 A unique three way strategy of NILTOX not only binds toxins, but also detoxifies mycotoxins like Zearalenone and Trichothecenes through the enzymatic action of Epoxidase and Esterase enzymes present.

By this action, NILTOX increases intestinal resistance against intestinal parasites such as coccidia.

More importantly, it does not bind nutrients.

Enzymes in NILTOX, on the other hand, inactivate epoxy and ester compounds of tricothecenes and zearalenone respectively and are thus effective against even nonpolar mycotoxins.